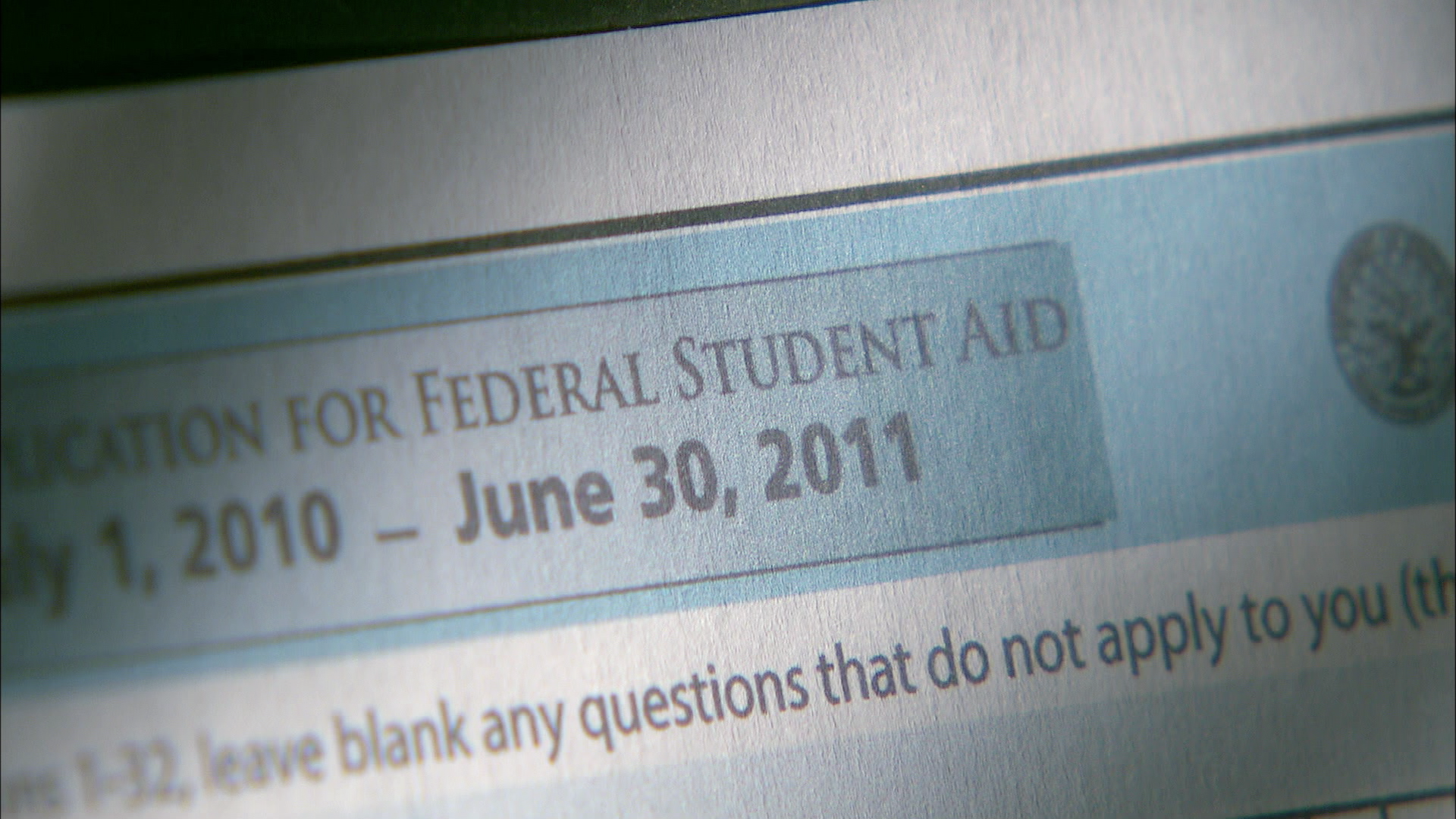 Even in lean times, the $400 billion business of higher education is booming. Nowhere is this more true than in one of the fastest-growing – and most controversial – sectors of the industry: for-profit colleges and universities that cater to non-traditional students, often confer degrees over the Internet, and, along the way, successfully capture billions of federal financial aid dollars.

In College, Inc., correspondent Martin Smith investigates the promise and explosive growth of the for-profit higher education industry. Through interviews with school executives, government officials, admissions counselors, former students and industry observers, this film explores the tension between the industry --which says it’s helping an underserved student population obtain a quality education and marketable job skills – and critics who charge the for-profits with churning out worthless degrees that leave students with a mountain of debt.

At the center of it all stands a vulnerable population of potential students, often working adults eager for a university degree to move up the career ladder. FRONTLINE talks to a former staffer at a California-based for-profit university who says she was under pressure to sign up growing numbers of new students. “I didn’t realize just how many students we were expected to recruit,” says the former enrollment counselor. “They used to tell us, you know, ‘Dig deep. Get to their pain. Get to what’s bothering them. So, that way, you can convince them that a college degree is going to solve all their problems.’”

Graduates of another for-profit school – a college nursing program in California – tell FRONTLINE that they received their diplomas without ever setting foot in a hospital. Graduates at other for-profit schools report being unable to find a job, or make their student loan payments, because their degree was perceived to be of little worth by prospective employers. One woman who enrolled in a for-profit doctorate program in Dallas later learned that the school never acquired the proper accreditation she would need to get the job she trained for. She is now sinking in over $200,000 in student debt.

The biggest player in the for-profit sector is the University of Phoenix – now the largest college in the US with total enrollment approaching half a million students. Its revenues of almost $4 billion last year, up 25 percent from 2008, have made it a darling of Wall Street. Former top executive of the University of Phoenix Mark DeFusco told FRONTLINE how the company’s business-approach to higher education has paid off: “If you think about any business in America, what business would give up two months of business – just essentially close down?” he asks. “[At the University of Phoenix], people go to school all year round. We start classes every five weeks. We built campuses by a freeway because we figured that’s where the people were.”

“The education system that was created hundreds of years ago needs to change,” says Michael Clifford, a major education entrepreneur who speaks with FRONTLINE. Clifford, a former musician who never attended college, purchases struggling traditional colleges and turns them into for-profit companies. “The big opportunity,” he says, “is the inefficiencies of some of the state systems, and the ability to transform schools and academic programs to better meet the needs of the people that need jobs.”

“From a business perspective, it’s a great story,” says Jeffrey Silber, a senior analyst at BMO Capital Markets, the investment banking arm of the Bank of Montreal. “You’re serving a market that’s been traditionally underserved. … And it’s a very profitable business – it generates a lot of free cash flow.”

And the cash cow of the for-profit education industry is the federal government. Though they enroll 10 percent of all post-secondary students, for-profit schools receive almost a quarter of federal financial aid. But Department of Education figures for 2009 show that 44 percent of the students who defaulted within three years of graduation were from for-profit schools, leading to serious questions about one of the key pillars of the profit degree college movement: that their degrees help students boost their earning power. This is a subject of increasing concern to the Obama administration, which, last month, remade the federal student loan program, and is now proposing changes that may make it harder for the for-profit colleges to qualify.

“One of the ideas the Department of Education has put out there is that in order for a college to be eligible to receive money from student loans, it actually has to show that the education it’s providing has enough value in the job market so that students can pay their loans back,” says Kevin Carey of the Washington think tank Education Sector. “Now, the for-profit colleges, I think this makes them very nervous,” Carey says. “They’re worried because they know that many of their members are charging a lot of money; that many of their members have students who are defaulting en masse after they graduate. They’re afraid that this rule will cut them out of the program. But in many ways, that’s the point.”

FRONTLINE also finds that the regulators that oversee university accreditation are looking closer at the for-profits and, in some cases, threatening to withdraw the required accreditation that keeps them eligible for federal student loans. “We’ve elevated the scrutiny tremendously,” says Dr. Sylvia Manning, president of the Higher Learning Commission, which accredits many post-secondary institutions. “It is really inappropriate for accreditation to be purchased the way a taxi license can be purchased. …When we see any problematic institution being acquired and being changed we put it on a short leash.”